The Yamaha SRX is a standard-style motorcycle that was manufactured from 1985 until 1997. Initially, the SRX was available in three engine sizes: 250, 400(398)cc and 600 cc. The SRX is a single cylinder thumper, single overhead camshaft engine with an advanced two stage carburetor and balance shaft; lightweight steel frame and alloy wheels. The 600 cc model was originally manufactured for international distribution; the 400 cc model was concurrently manufactured for domestic (Japanese) use, but some were unofficially exported to the UK, US and Canada.

The Yamaha SRX-4 (later the SRX 400 or simply the SRX after the 600 was dropped) was produced from 1985 until 199x and differs from the 600 in that it has smaller displacement and a single front brake disc as compared to the 600's dual rotor set-up.

In 199x, the 3VN iteration of the SRX was updated replacing the dual rear shocks with a monoshock rear suspension, adding electric start and updated styling. The SRX 400 produces 33 bhp and is a lightweight, nimble cafe racer style motorbike.

Historically, single cylinder street motorcycles have fared poorly on the showroom floor in the US, and the SRX600 was no exception. Nimble handling, light weight, and unique styling were not enough to compete with the heavier, flashier, and much faster multi-cylinder alternatives available for not much more money. As with many similar market wallflowers (such as the Honda HawkGT), the SRX600 has reached cult-bike status in the US.

The cult following that this bike has drawn was recently demonstrated when a Portland, Oregon auction house brought a showroom quality 1986 SRX 600 with only 4 actual miles to the floor of the auction house and the bidding ended at $7500. Considering this bike sold new 20 years earlier for $2495, this is quite a promising appreciation curve and it serves to demonstrate the market's appetite for rare and unique bikes. 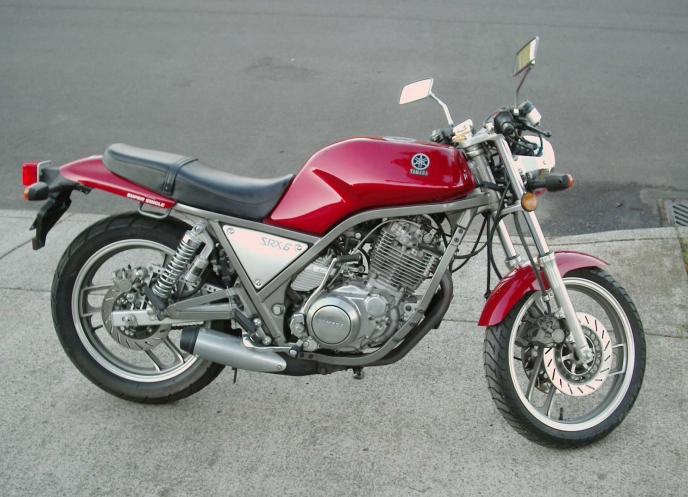 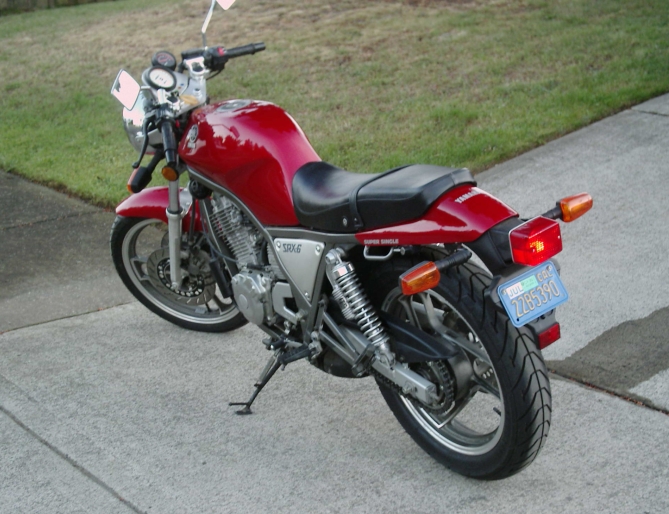 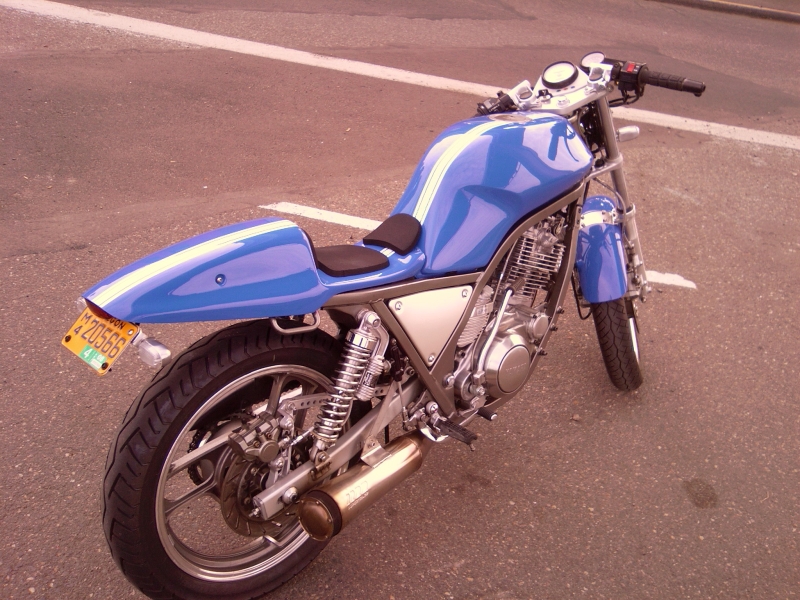